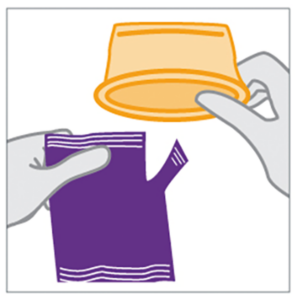 Carefully open and remove the condom from the package. Do not damage the condom with your fingernails or jewellery. 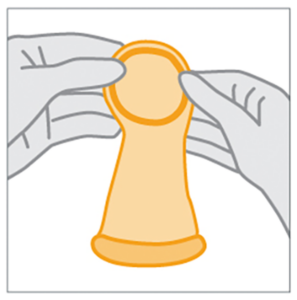 The flexible, inner ring with closed end is used for placing the condom in the vagina and holding it in place. The thin outer ring remains outside of the body, covering the labia (outer lips). 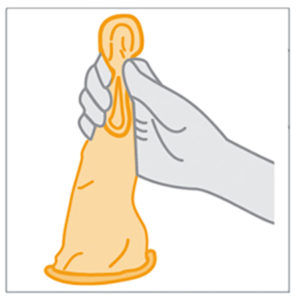 Find a comfortable position (e.g. sitting or lying down). Squeeze the sides of the inner ring together with your thumb and forefinger and insert the squeezed inner ring as far as possible into the vagina (similarly to inserting a tampon). 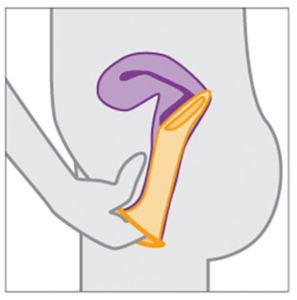 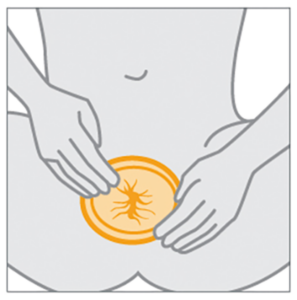 Be sure that the condom is not twisted and that the outer ring remains outside the vagina. 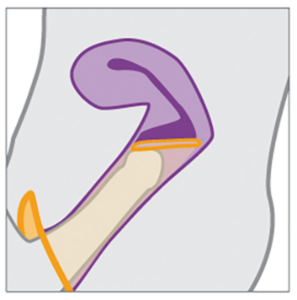 Guide the penis by hand into the opening of the condom. Stop intercourse if you feel the penis slip between the condom and the walls of the vagina or if the outer ring is pushed into the vagina. 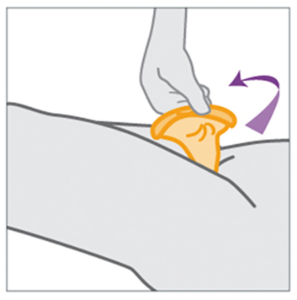 After sex, gently remove the condom by carefully twisting the outer ring in order to ensure that the semen or pre-cum stays inside the condom. Pull the condom out of the vagina. 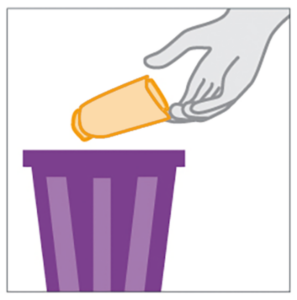 Throw the used condom in the rubbish bin. Do not reuse the condom. Do not flush it down the toilet.

Important note: Please use either a condom or an internal condom during vaginal sex. Using both types of condom together can cause too much friction. This can cause the condom or vaginal condom to break.