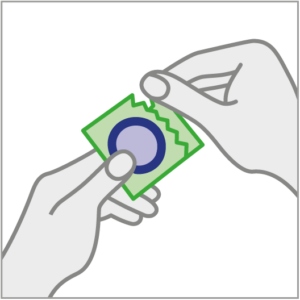 Putting on the condom, squeezing the reservoir tip of the condom with two fingers

You can put on the condom as soon as the penis is erect. Hold the tip of the condom between

your forefinger and thumb. Place the condom over the tip of the hard penis before the first contact between penis and vagina or penis and anus. 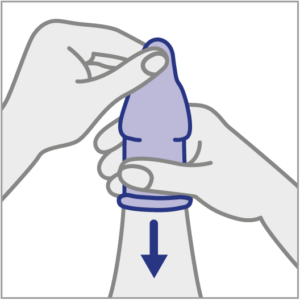 While squeezing the reservoir tip of the condom with one hand use your other hand to roll the condom down over the entire penis. If it is difficult to unroll the condom you are probably using it inside out. Do not flip and reuse the condom as this might transfer body fluids from one person to another. Start over with a new condom and check the direction of the roll. It might be helpful to practice using a condom beforehand.

Different sizes
Condoms are available in different sizes. Optimum protection is ensured when the condom is neither too loose nor too tight. 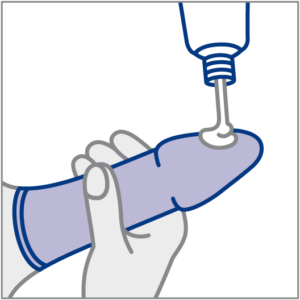 Many condoms are lubricated to make them easier to use. It might be useful to apply some extra lubricant (lube) on the outside of the condom after it has been placed on the penis. This makes it easier to insert the penis with a condom. This is more pleasant for many people. The lubricant also protects the condom.

Please note: Good lubricants are made with water or silicone. Never use fat-based lubricants such as vaseline, baby oil, body lotion, massage oil, butter or margarine as they will damage the condom.

Most shops that sell condoms also offer lubricants suitable for use with a condom.

Having sex, checking the condom during use 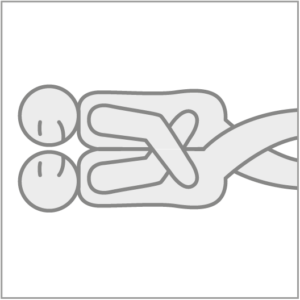 It is important to make sure that the condom stays in place while you are having sex.

Are you having sex with several people at the same time? Then you have to use a new condom for each person.

Holding the condom in place when withdrawing 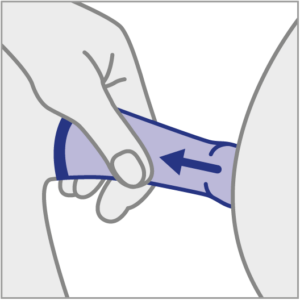 Disposing of the condom after single use 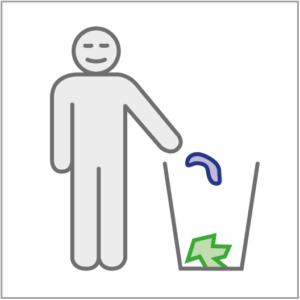 Carefully roll off the used condom, wrap it in tissue and throw it in a rubbish bin. Do not flush it down the toilet. Do not reuse the condom.

Important note: Please use either a condom or an internal condom during vaginal sex. Using both types of condom together can cause too much friction. This can cause the condom or vaginal condom to break.